The Russians on the Corner 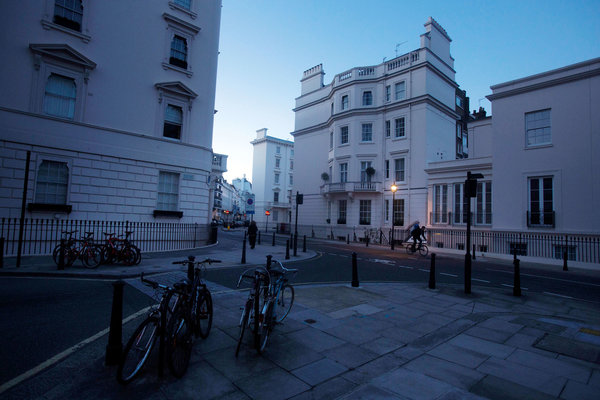 A Slice of London So Exclusive Even the Owners Are Visitors - NYTimes.com

We say odd, as the Grey Lady is generally so meticulous with details, but several were a little "off" in this article.

It was seemingly sourced from self-promoting estate agents, as so many articles on the area are.

This section is the strangest:

Along Elizabeth Street ... A Belgravia resident from Colombia, who was shopping at a pet store where dog beds go for $358 and cat blankets for $289 [i.e. Mungo and Maud], said that there were two English people along her street, and that it was hard to tell whether many of her neighbors were there or not there.

“French, American, Petra Ecclestone” — that would be the daughter of the Formula One impresario Bernie Ecclestone — “and Russians,” said the resident, considering those closest to her. She asked that her name not be used because, she said, she was scared of the Russians on the corner.

We know which block she lives on, and it is a very short one. There may well be a Colombian lady living in one of the few flats there. But she doesn't have a dog, as there are only two ladies with dogs on the block, both English, and ... one other dog, owned by "the Russians on the corner"!

There are in fact two other English people, as well as the two English dog owners, in her building. And Petra Ecclestone is English. So the maths is beginning to look very ... "off" ...?


She asked that her name not be used because, she said, she was scared of the Russians on the corner.

The "Russians on the corner" have 'good' security but these, and all their staff, go out of their way to be pleasant to other residents, as inconspicuous as can be. They are low-key and class acts compared to Petra Ecclestone.

A very generous and heart-felt endorsement written by Mrs Russian on the Corner, better known as the former model Tatiana Kovylina, for her pilates instructor Clea Mae's web site [Gwynnie also endorsed her]:

Kazan-born Kovylina, mother of the two younger children in the house, was a model.


A number of people from her modelling days have gone out of their way to say how nice Mrs Corner was. And that she read books backstage.