Remember that story about the man who Madoff with the money?

Of course there is a link to Eaton Square. A lot of dirt came out in December 2008. Quite a few residents had invested, most through feeder funds. Some lost their shirts, others merely had to cut back on caviar.

Some funds of funds had minor investments, for example, Arpad Busson's EIM. Others, such as Aurelia Finance of Geneva, seem not only to have been entirely invested in it, but were also accused by the Swiss prosecutor of money laundering, and by the Madoff administrator Irving Picard of threatening people trying to withdraw funds before the collapse. Sounds fishy, but innocent until proven guilt and so forth.

The feeder fund most closely tied to Bernie Madoff in the sense that they channelled the most money to him was the Fairfield Greenwich Group, notably through their Fairfield Sentry fund. We don't want to accuse them of anything, and they may not have known how the money they were making by investing clients' money was based on a Ponzi scheme. Walter M. Noel, Jr and his many daughters simply enjoyed it the way anybody would, posing for spreads in Vanity Fair and holidaying in Mustique.

FGG were doing so well they hired a banker in 2007 to take them public. Enter Charles Murphy, stage right. American banker. A former Eaton Square resident.


Various lawsuits appear to be ongoing. We make no claim of any wrongdoing by Murphy.

He lived in Eaton Square, in a first and second floor duplex near the Church. He re-married and moved to a house in Chester Square with a swimming pool. His wife was featured at home in a fashion magazine, showing off her extensive wardrobe and many Hermes bags.

Then Murphy moved to New York and began work at FGG in 2007. The scandal broke at the end of 2008, so even this canny banker may not have had the opportunity to work out that FGG and Madoff were a house of cards. Again, we alleged no wrong-doing.

As part of Murphy's move to FGG he bought the East 67th Street townhouse of Matthew Bronfman for $ 33 m. 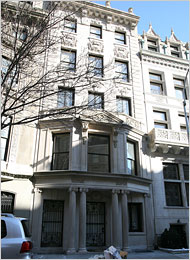 Then the Madoff Scandal broke. Murphy put his house on the market.

The New York Times covered this:
Every Man for Himself


In 2007, when Mr. Murphy bought the house, he paid the highest price on record for an Upper East Side town house built on a standard 25-foot-wide lot.

Now Mr. Murphy is listed as a defendant, along with other Fairfield Greenwich partners, in lawsuits brought by distraught investors.

Did it sell? And for how much? Who knows.

But we do know what Murphy is up to these days, and how he bounced back.

Annabella's 30th Birthday party in London, 2006 was covered by Tatler. 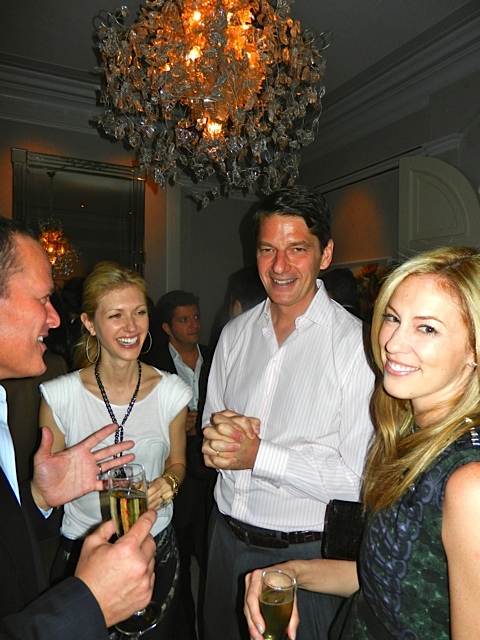 Luckily for us, as bad as the photographs are, the event was held at home. The Murphys still live in a townhouse. A blandly decorated one, but still a townhouse.


Although Charles Murphy was described as unemployed in 2008, he has done very well since then, thank you very much.

Yes, the Paulson that keeps popping up in connection to Eaton Square.

Murphy joined Paulson & Co in 2009, when the fund decided to move into insurers. Murphy joined the board in 2010.

In 2011 ten Paulson staff became partners in the hedge fund. Including Charles Murphy.