Controlling Charles Saatchi was an "interesting" addition to the Square. When he moved in, neighbors complained he was hammering nails into the wall in the middle of the night. He had been hanging his art.

Catering companies often parked outside their home. Saatchi was regularly seen wandering around Waitrose buying himself packets of pre-cut fruit.

One day Saatchi decided his neighbours were taking too long to refurbish and tried to dismantle their scaffolding himself.

Then started to create chaos for their new neighbours with their own extensive building project.

Two photographs from a magazine and a snapshot from Nigella's Twitter: 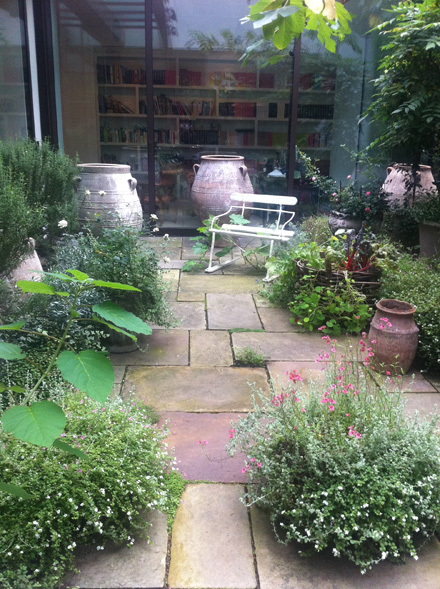